Positive behavioural support in schools: Its not about rewards and punishment 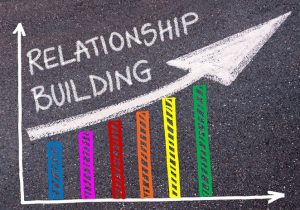 Discussions on social media around education are always an interesting experience. There are lots of issues raised around the use of punishments, exclusions and ‘management of behaviour’. Most shockingly was a recent post that analysed exclusions from schools to find that a very high proportion of these within the UK were from specialist schools. In some cases I suspect that this isn’t about the use of a punishment as a way of reducing behaviour issues but is more about the removal of a child either temporarily or permanently from schools which don’t know how to support or educate them. Parent comments on social media are often heart breaking with regard to this.

During the last 5 years in my career as a clinical psychologist, I have specialised in positive behavioural support (PBS). Initially this was in adult services for people with disabilities but increasingly also in children’s disability services and schools. What is surprising is that despite a developing evidence base from the late 1980’s (Sailor et al 2009), many schools and children’s services’ knowledge of PBS is almost non-existent, or because the approach includes the words ‘behaviour support’ there’s an assumption that ’we are already doing this’. I make no judgement about this as I was guilty of it myself a few years ago. This needs to change and thankfully PBS is mentioned in the recent Lenehan review of services for children and young people with complex needs (DOH 2017).

What is and what is not PBS?

The use of rewards and punishment across schools is widespread and seeing the effects of this on many children there is a significant backlash against ‘a behavioural approach’; with a move towards ideas from authors such as Alfie Kohn’s (1999). As the parent of a child with dyslexia who has massively struggled at school I can understand this. When my child avoids doing work in class by repeatedly going to the toilet, is he behaving in a naughty way/being lazy and should therefore be punished? Should the teacher reward him for sitting in his seat or staying in the classroom for a specific amount of time? or is he using the best strategy he knows to reduce his stress levels? From a PBS point of view the intervention is not to punish ‘out of seat behaviour’ or even reward ‘in seat behaviour’. It’s to look at the task and the level of support he is getting and make changes there.

Throwing the behavioural model out because of inappropriate or ineffective applications does a massive disservice to the many children who can benefit from positive behaviour support, especially those with significant disabilities. Without the scientific understanding of behaviour which forms the basis of PBS we are at a loss as to how to approach some of the most challenging behaviours. Without understanding that escaping from the demands of a task strengthens a behaviour we may inadvertently increase the behaviour by using ‘time out’. Instead we can break up the task into small manageable parts and use social praise (well done!) to celebrate and encourage success, this creates a scaffold for the new skill. Then the child can eventually access the intrinsic pleasure of completing the maths problem or in being able to put their own shoes on. Without this the child might have avoided these tasks as they were too hard or too confusing.

I see lots of discussions on social media about the importance of relationships in the context of schools, teaching and support to pupils with SEND. Sometimes these discussions include reference to using either a behavioural approach or a relationship based approach. However, a quote I saw recently makes the point well, for whichever approach is being used, ‘they’ve got to like the messenger if they’re going to listen to the message’. The debate about the use of punishments is really key to this. PBS does not use any punishment approaches which aim to reduce behaviours or any strategies which are aversive. Behavioural science tells us that the side effects of punishment are that the punisher becomes associated with the punishment. When this happens trust is gone and so is the potential for you to support the young person with their development.

I spend a lot of time helping staff teams supporting young people with very frequent and intense behavioural challenges to associate themselves with ‘good stuff’ and be nice to be around by doing fun things. In these situations the person, who may have been through very difficult times, including multiple restraints or seclusions, does not trust people in their environment and this is what we are building, trust. The same principle applies when children with disabilities find something about the school environment difficult and as a result present with behaviours that challenge. We do not get off first base until the person develops trust and likes the people around them. Relationships are the foundation of PBS interventions.

If you’re reflecting about what to do next you could have a think about the following:

What does your practice around behaviours that challenge look like, it is:

For more information about PBS in schools click here

Department of Health. (2017). These are our children: A review by Dame Christine Lenehan. 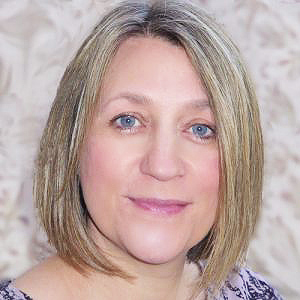 Author- Kate Strutt Director of Redstone and clinical psychologist with over 19 years’ experience of working in intellectual disability and autism services, both within statutory services and the independent sector. Kate is a member of the British Psychological Society and is registered with the Health and Care Professions Council. Bsc Psychology, D.Clin Psyc, PG Certificate Applied Behaviour Analysis.